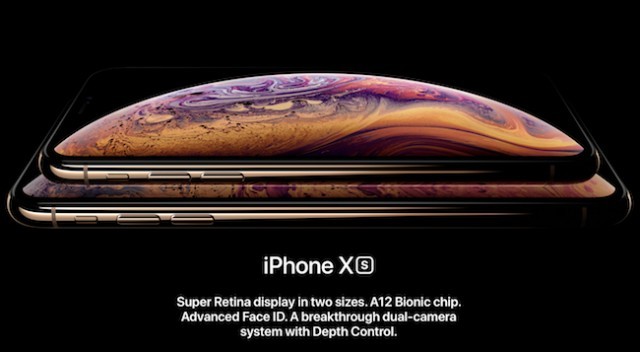 Apple’s faithful customers aren’t snapping up iPhones quite as enthusiastically as anticipated heading into the crucial holiday shopping season.

But the latest models costing $1,000 and more are popular enough to keep propelling profits ever higher for the world’s most prosperous company.

The mixed bag emerged in the quarterly results Apple released Thursday amid jitters about how the company and the rest of the technology industry will fare in the face of myriad threats to growth. Those include increased government regulation, the escalating U.S. trade war with China and the spectre of rising interest rates crimping economic growth.

Apple’s performance for the July-through-September period and its revenue outlook for holiday season evidently weren’t enough to ease investors’ concerns.

The Cupertino, California, company rattled Wall Street even more by unexpectedly announcing that it will no longer disclose the number of iPhones it sells each quarter, beginning with the current period ending in December.

“This is a bit of a gut punch for everyone used to more transparency,” said Wedbush Securities analyst Daniel Ives.

Apple’s stock almost 7 per cent to $207.67 in extended trading after all the news came out.

Other major smartphone makers don’t reveal their quarterly shipments of their devices either, but Apple has broken down its iPhone numbers ever since the phone’s debut 11 years ago. The abrupt change in policy raised suspicions that management might be trying to mask a downturn in the popularity of the product that generates most of Apple’s profits.

The change apparently was triggered by Apple’s frustration with investors’ fixation on its iPhone sales while glossing over other key areas, such as the robust growth in its services division that collects commissions on app sales and handles subscriptions to its music-streaming service.

“The number of (iPhone) units sold during any quarter has not been necessarily representative of the underlying strength of our business,” Luca Maestri, Apple’s chief financial officer, told analysts in a conference call.

Although there may be some logic to the rationale for the long term, “this is going to be a difficult pill to swallow in the short term,” Ives said. “It’s like suddenly telling people (in the U.S.) that they have to start driving on the left side of the road.”

Apple CEO Tim Cook also sought to reassure analysts during the conference call with an explanation that indicated the company expects to keep making more money even if iPhone sales should falter.

“This is a little bit like if you go to the market and you push your cart up to the cashier and she says or he says, ‘How many units do you have in there?'” Cook said. “It doesn’t matter a lot how many units there are in there in terms of the overall value of what’s in the cart.”

Analysts had expected Apple to sell 78 million iPhones during the holiday season, but now the company isn’t going to reveal whether it hit the target or not.

Apple earned $14.1 billion, a 32 per cent increase from the same time last year during the past quarter. Earnings per share came in at $2.91, topping the average estimate of $2.79 among analysts surveyed by Zacks Investment Research.

Revenue for the period climbed 20 per cent from last year to $62.9 billion.

Apple sold 46.9 million iPhones in the past quarter, slightly below analyst estimates.