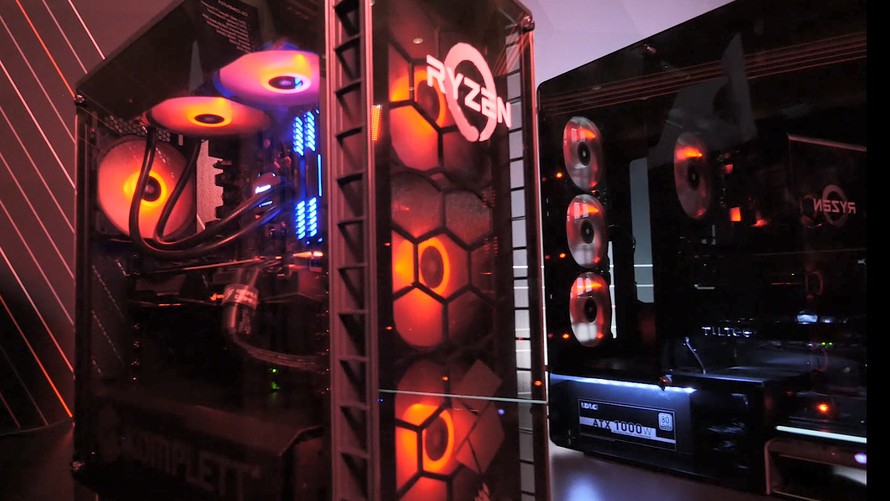 Analysts have concerns about several key elements of Advanced Micro Devices Inc.’s business after the chipmaker delivered a disappointing earnings report and outlook.

AMD shares AMD, -8.51% are off 13% in Thursday’s session following the results, which were released the prior afternoon. In earnings commentary, AMD executives discussed a graphics-chip glut owing to the end of the cryptocurrency boom, and some analysts are expecting more related pain in the segment. They also charge that AMD isn’t growing its server market share fast enough or appropriately capitalizing on PC weakness at Intel Corp.

“Results and guidance missed the Street significantly as ‘channel GPUs sales’ weighed,” wrote Susquehanna analyst Chris Rolland, who rates the stock at neutral and cut his price target to $19 from $22. “Make no mistake about it… management was describing the crypto GPU hangover, and we think there may be more to come.”

Rolland expects that crypto-related GPU issues will subside “in a few quarters,” but he’s worried that AMD will deliver another disappointing forecast in conjunction with its fourth-quarter release if analysts continue to model flat CPU and GPU results for the first quarter. Rolland has argued since the spring that AMD’s crypto business was more significant than the company let on.

MKM Partners analyst Ruben Roy also highlighted concern about the GPU business. “Looking ahead, while AMD has likely seen the worst of the inventory draw-down, management does believe that it could take a few quarters before the channel is completely back to normal,” wrote Roy, who has a neutral rating and $20 fair-value estimate on the shares.

Cowen analyst Matthew Ramsay kept his outperform rating and $33 target, writing of potential near-term headwinds but long-term potential. “In the short term, we worry old wounds, limited granular disclosure, crypto exposure and choppy execution will resurface,” he wrote. “However, we step back and ask: was any part of the share gain thesis that has driven sharp appreciation in AMD shares over the last 6+ months (really the last 2.5 years) predicated on near-term GPU sales into an Nvidia refresh and choppy channel? We would contend no.”

Part of the bull case for AMD hinges on the company’s ability to gain share in servers with its Epyc line, but analyst commentary was mixed on the progress thus far.

“Servers were presumably up less than 50% quarter over quarter (since last quarter the company said over 50% sequential growth, vs. this quarter ‘strong double digits’), meaning that we are at 2.0% market share or less in the third quarter,” wrote Morgan Stanley’s Joseph Moore, who rates the stock at underweight and slashed his target to $17 from $28. The company’s update on the server business “raises some doubts about the mid-single-digit market-share target by year end,” according to Moore.

Others were more upbeat about AMD’s trajectory. The company is making “good progress towards its 2018 server share target,” according to Goldman Sachs analyst Toshiya Hari, who rates the stock at neutral with a $27 price target.

Analysts have been hopeful that AMD could capitalize on CPU shortages at Intel INTC, +3.11% , but Morgan Stanley’s Moore didn’t like what he saw there either.

“While we’ll have a better sense when we see third-party data in a few days, it seems that the company gained only very slight market share on a sequential basis in PC microprocessors, with slight revenue share gains on mix shift towards Ryzen,” he wrote. “Units were ‘at their highest level in four years,’ which means we have only recovered to 2014 market share levels almost two years into this product ramp.”

Intel’s stock is up 2.8% in Thursday trading ahead of its own earnings report after the bell.

PrevPreviousKiplinger’s Personal Finance: No pension? Here’s how to guarantee income in retirement
NextAmazon was primed to join Apple with $1 trillion in market cap — now it’s worth less than MicrosoftNext