What You Need to Know About Pet Insurance 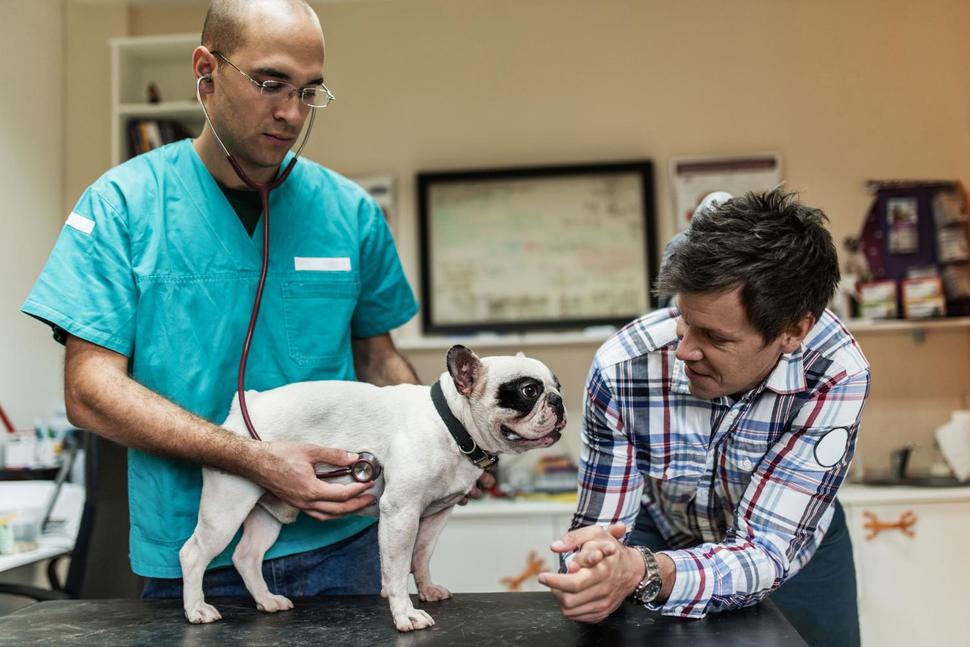 CATS AND DOGS ARE OFTEN considered family members, which may explain why U.S. pet owners are increasingly investing in pet insurance. According to the North American Pet Health Insurance Association, pet owners spent more than $1 billion on pet insurance in 2017, insuring 2.1 million pets in the United States and Canada, a nearly 17 percent jump from the previous year.

If you’re thinking about getting pet insurance, here are some factors experts suggest owners consider, from premiums to genetics to overall quality of care.

Assess average costs, including premiums. According to the North American Pet Health Insurance Association, the average accident and illness premium for dogs in 2017 was $535 a year or $44.58 a month; for cats, the average premium was $335.19 a year or $27.93 a month. Venerable pet insurance companies to consider include Healthy Paws, Pets Best, Petplan, 24PetWatch, AKC Pet Insurance, ASPCA Pet Health Insurance, Embrace Pet Insurance, Nationwide, PetFirst and Trupanion.

Look carefully at the policies you are most interested in to understand what’s included – and what isn’t. For instance, a policy may not cover a development disorder like hereditary epilepsy if your vet believes your pet has had the condition since birth. Or, you may find that foods or nutritional supplements are not covered by insurance. Plus, health issues related to diseases that could have been prevented by a vaccine – if you didn’t get one for your pet – likely will not be covered by pet insurance.

Consider what’s covered – and what’s not – in each plan. Just as with a human health insurance plan, typically, you’ll have a deductible and percentage options for vet bill payouts. Depending on the plan you select, insurance may cover 70, 80 or 90 percent of your pet’s vet bill.

Generally, you can receive pet health insurance for a serious problem, not regular checkups. “Most insurance policies cover illness and injury and not preventative care. There are exceptions to this, but that is the trend,” says Gary Richter, a veterinarian who owns two animal hospitals in Oakland, California. He is also a consultant with Rover.com, a pet-sitting website, and the author of “The Ultimate Pet Health Guide.”

According to Richter, on balance, it’s a smart move to get pet insurance. “Having pet insurance allows pet owners to make medical decisions based on the health and welfare of their pet, rather than what they can afford. No one should have to make life or death decisions based on cost,” he says. “I often tell pet owners that insurance is the one gamble in life you hope to lose. If a family member – human or animal – has a major medical issue, however, there is no greater feeling than knowing you are covered.”

That said, if you want to find a pet insurance plan that will help cover the costs of routine veterinary checkups, you can. But you may find that a wellness rider isn’t worth the cost, according to Rochelle BaRoss, who authors TheBrokeDog.com, a blog aimed at helping dog owners on a tight budget. BaRoss, who has pet insurance to cover health costs for Henry, her terrier mix, says that while her plan includes things like cremation and burial expenses and even travel costs if Henry requires life-saving emergency care right before setting off on an expensive trip, she didn’t get coverage for routine vet visits.

“At least for me, I did the math, and it didn’t save me any money,” she says. “I can predict the wellness costs each year – those covered in the plan, like shots and wellness exams – because they stay relatively stable.” But she loves having coverage to help pay for medical care for any diseases or injuries. “It gives me peace of mind: I don’t have to stress about choosing between paying rent or saving my dog’s life,” she says.

“You never know when something might happen and signing up early prevents a pre-existing condition from popping up and limiting coverage,” Richter says.

If you’re contemplating getting a dog, keep in mind that you “can dramatically lower pet insurance premiums simply by choosing to adopt a mongrel from a shelter rather than buying a pedigree dog from a breeder,” says Ben Williamson, senior international media director with People for the Ethical Treatment of Animals in Los Angeles. “Pedigree dogs, by definition, come from an unnaturally small gene pool which makes them more prone to suffer from abnormally high rates of genetic disorders and diseases such as hip dysplasia, breathing difficulties, eye problems, diabetes, cancer and epilepsy,” Williamson says. “And helping a homeless dog is pretty priceless.

If you forgo pet insurance, take precautionary steps. If you opt not to insure your pet, it’s a smart idea to sock some money away every month for any potential pet health problems. “Typically, we recommend not enrolling in pet insurance and instead putting extra money away in their emergency fund or a separate savings account,” says Adam Beaty, a certified financial planner and the owner of Bullogic Wealth Management in Pearland, Texas.

Because older dogs and cats tend to have more health issues than puppies and kittens, Beaty says that “there will most likely be years of monthly premiums paid for only a small payoff on a claim.” Instead, he suggests putting the money you would pay in premiums into an emergency fund for your pet.

Think of it this way: If your dog or cat lives a good long life without any major health issues, you may end up with a much fatter savings account; if a problem does come up, you’ll be glad you put money aside. The downside, however, is that you still may not put enough money away if your pet has serious health woes – or you could have a different financial emergency come up, raid your pet’s financial stash and then run into trouble if something does happen before you can replenish your fund. The takeaway: Planning ahead for substantial veterinary costs is a smart move.

Also keep in mind that you could get a pet insurance plan, encounter a health issue with your cat or dog and ultimately feel ripped off. “Pet owners do need to remember that insurance companies are for-profit businesses, and they do have to make money,” Richter says. “People shopping for pet insurance should do their due diligence with regards to educating themselves about coverage limits, deductibles and exclusions. As with all insurance, it is critical to know what you are getting and what you are not getting when you sign up.”