The 1 Reason Not to Delay Social Security 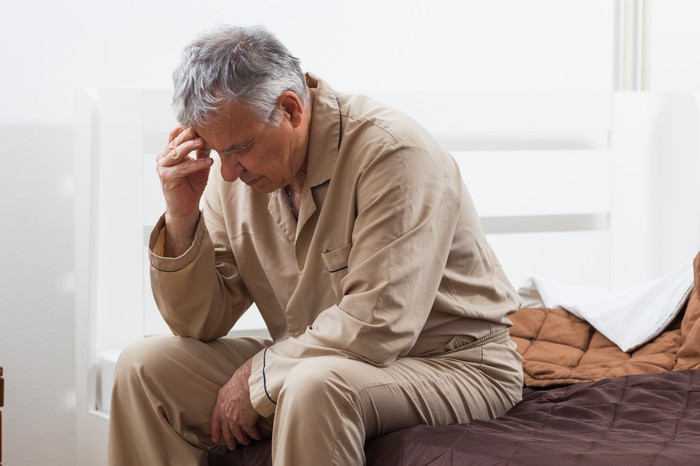 Though Social Security isn’t designed to sustain seniors by itself, those benefits play a huge role in helping retirees manage their bills. Deciding when to claim those benefits, though, is something many would-be recipients find challenging.

Eligible workers get an eight-year window to file for Social Security that begins at age 62 and ends at 70. (Technically, you can file after you turn 70, but there’s no financial benefit in doing so.) Smack in the middle of that window is full retirement age, or FRA, otherwise known as the age at which you’re entitled to collect your monthly benefits in full.

If you claim Social Security before FRA, you’ll reduce your benefits, and the extent of that reduction will depend on how early you file. To give you an idea, filing at 62 when your FRA is 67 will cut your monthly payments by about 30%. On the flip side, if you delay benefits past FRA, you’ll boost them by 8% a year up until you turn 70, at which point that incentive runs out.

Because filing for benefits at FRA or later means either increasing them or ensuring that they aren’t reduced, seniors are often advised to wait to file rather than claim Social Security as early as possible. But while that’s good advice much of the time, there’s one scenario where you absolutely shouldn’t wait to take benefits, and it’s when your health is in bad shape.

Get the most out of Social Security

The reason you shouldn’t wait to file for Social Security when your health is poor boils down to maximizing benefits over the course of your lifetime. See, Social Security is actually designed to pay you the same lifetime total regardless of when you initially file. The logic is that any reduction you face by claiming benefits early will be offset by the greater number of individual payments you collect in your lifetime, and vice versa — filing later will increase your payments, but you’ll collect more of them. This formula, however, assumes that you live an average life span. But if you pass away at a younger age than the average senior, you’ll come out ahead financially by filing for benefits as soon as you can.

Let’s say you’re looking at a full monthly benefit of $1,400 at an FRA of 67. Filing at 62 will reduce each individual payment you collect to $980, but you’ll collect 60 more monthly payments. If you pass away at 78 1/2, you’ll come away with roughly the same lifetime total regardless of when you first file. But if you pass away at 74, you’ll come out over $23,000 ahead by claiming benefits at 62.

Of course, without a crystal ball, it’s impossible to predict when you’ll pass away. But if your health isn’t great, and you find that you’re already grappling with a host of medical issues in your early 60s, then it generally pays not to delay Social Security at that point. This especially holds true if family members who came before you also happened to pass away at younger-than-average ages. (Although family history isn’t always indicative of your own life expectancy, it’s certainly a factor to consider.)

Are you taking the risk that you’ll end up living longer than you or your doctors expect, thereby causing yourself to lose out on some money in your lifetime? Maybe. But you’re probably better off taking that risk than doing the opposite — depriving yourself of money you could use while you’re still alive to make your days more comfortable.

PrevPreviousIt’s time to start worrying about graduate-student debt
NextIf your employer doesn’t offer a 401(k), you can still save for retirement. Here’s howNext