AP Here’s How You Ask For a Raise 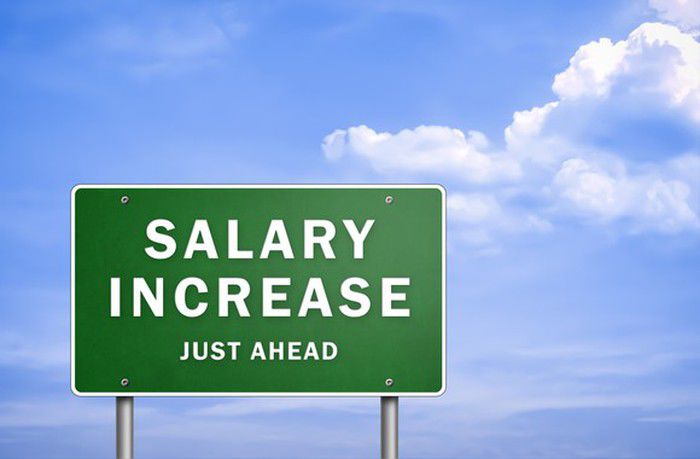 Can I have a raise?

It’s a simple question, but one that generally should not be asked in the same way you might ask to take Tuesday off. Instead, it’s five words that you should not say out loud until you’re prepared to make a case for yourself.

This isn’t about wanting a raise — who doesn’t? It isn’t even about deserving one. This is about showing that you deserve to make more money, and that the company’s investment in you makes sense for both parties.

You may have to advocate for yourself in order to get a raise.

1. Show your worth every day

Before you ask for a raise, you need to demonstrate that you deserve one. Some of that is your job performance. If you work longer hours and achieve more than your coworkers that should be evident to your boss over the long term.

If you don’t stand out because you’re not doing those things, then it’s time to change (and not yet time to ask for a raise). Of course, you may not stand out because you work among similarly motivated high-achievers. When that’s the case, the bar is not your coworkers — it’s being able to say you gave it your all each day in service of the company and yourself.

In some cases, your boss or bosses may not know the full value you bring. Maybe there are little things that happen behind the scenes because of you, or perhaps your high worth has become so standard that it no longer impresses.

A performance review or a meeting you call to ask for a raise is not the time for modesty. This is when you use both cold, hard numbers and anecdotes to lay out your case. Don’t brag. Present the facts. If you’ve been mentoring a colleague or sales are up because of something you did, this is your chance to speak up.

If you make a reasonable salary for your position, then you should only ask for a raise if you actually believe you deserve one. (If you get paid below market value for your services, then you may have a case even if you’re just OK.)

Consider your boss’ position: Should you get paid more for just being fine? Would you give a raise to an employee for merely being adequate? Everyone wants more money. Make sure you actually deserve more money.

Some companies have rigid raise systems designed to reward mediocrity. If that’s the case, but you honestly deserve more, speak up — but be willing to take action.

If you’re not valued and your company won’t correct that, remember that there are others that will. Most people won’t stay in a bad relationship simply because it’s hard to pack, and you should not stay with an employer that does not value you simply because it’s easier to do so.

Know your worth and demand it. That does not mean you should be unreasonable. If your boss acknowledges your value and has an alternate plan to give it to you — maybe a mix of raises and added time off, or a series of raises over time — listen and consider the deal fairly.

Remember that money is not the only part of workplace happiness to consider — but it’s an important one. Don’t be shy when it comes to speaking up for yourself and getting what you deserve.