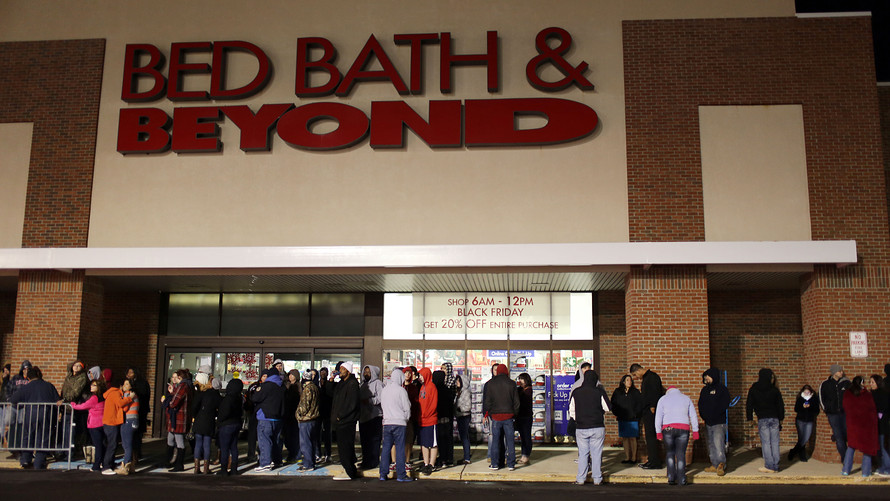 Bed Bath & Beyond tumbles after results; SEC sues Musk for tweet claiming that he had funding secured to take Tesla private

U.S. stocks closed higher Thursday, with the S&P 500 and the Dow Jones Industrial Average snapping a multiday losing streak, as solid data bolstered confidence in the economy a day after the Federal Reserve raised interest rates for the third time this year.

How did major benchmarks fare?

What drove the market?

The Fed on Wednesday raised interest rates in a widely expected move, and indicated it would do so again at its December meeting, as well as three more times in 2019.

The Fed also raised its gross domestic product growth forecasts for 2018 and 2019, and dropped the phrase that its policy remains “accommodative.” However, the removal of the word should be taken as an indication that the economy is performing as expected, emphasized Fed Chairman Jerome Powell during the news conference following the Fed’s announcement.

While the Fed’s policy of gradually raising interest rates had been anticipated by market participants, investors cited changing monetary policy as a key potential headwind. One analyst recently wrote that rate increases in both September and December would result in the fed-funds rate crossing the “bear market trigger,” resulting in “stocks falling faster than the Fed can react.”

In the latest economic data, jobless claims rose less than expected in the latest week, remaining near multidecade lows. Orders for durable goods rose 4.5%, faster than had been expected. U.S. real gross domestic product for the second quarter rose at a 4.2% annualized rate, unchanged from the earlier estimate, the Commerce Department said.

Political issues were also playing out on the sidelines as the hotly anticipated hearing of Supreme Court nominee Brett Kavanaugh continued Thursday with testimony from his sexual-assault accuser Christine Blasey Ford. The hearing has no direct relevance on the economy—though some have speculated that whether Kavanaugh is confirmed could influence turnout in the midterm elections.

Issues surrounding trade policy also lingered. On Wednesday, President Donald Trump accused Beijing of trying to interfere in the U.S. midterm elections and of attempting to damage him politically. The accusations come as a trade dispute between the two countries grows more heated with the imposition of a 25% tariff on more than $200 million of Chinese imports to the U.S.

While investors have repeatedly shrugged off the trade issue, focusing instead of strong economic data and corporate earnings, any additional developments on this front could dictate short-term market direction.

What were analysts saying?

“Today’s stock market gains look to me like a relief rally following yesterday’s Fed meeting. The biggest risk yesterday had been that the 10- and 30-year yields, which were retesting their May highs near 3.12% and 3.24% respectively, would break out on hawkish Fed news which could spark a stock market selloff as occurred back in February,” said Colin Cieszynski, chief market strategist at SIA Wealth Management. “Treasury yields have dropped off since the Fed meeting, taking some of the recent pressure off of stocks and enabling indices to rebound.”

“We’re seeing a little bit of a rebound from yesterday and other recent selling. We’ll be watching to see how the market adjusts to an environment with higher interest rates, but in general the economic data has been pretty good, with durable goods especially solid today,” said Michael O’Rourke, chief market strategist at JonesTrading.

What stocks were in focus?

Bed Bath & Beyond Inc. BBBY, -21.00% tumbled 21% after it reported earnings and revenue that missed expectations.

Apple Inc. AAPL, -0.24% shares rose 2.1% after an analyst at JPMorgan initiates coverage of the stock with an overweight rating and a price target of $272 target.

Accenture PLC ACN, -1.69% fell 1.7% even after it reported fourth-quarter earnings and revenue that beat expectations. It also raised its dividend by 10%.

Geron Corp. GERN, -62.92% shares plummeted 63% after a collaboration deal with Janssen was terminated.

Salesforce.com Inc. CRM, +1.33% rose 1.3% after it late Wednesday reiterated its revenue forecast, saying sales would be supported by customers who use more than one public cloud service.

Tesla Inc. TSLA, -10.15% shares tumbled in after-hour trading after the Securities and Exchange Commission filed a lawsuit against Chief Executive Elon Musk, alleging fraud tied to a tweet that contended he was planning to take the car company private.

How were other markets trading?

Shares in Asia fell amid the escalating tensions between the U.S. and China. Major European indexes were also lower, with Italy’s uncertain budget situation in particular focus.