Facts About The Labor Force 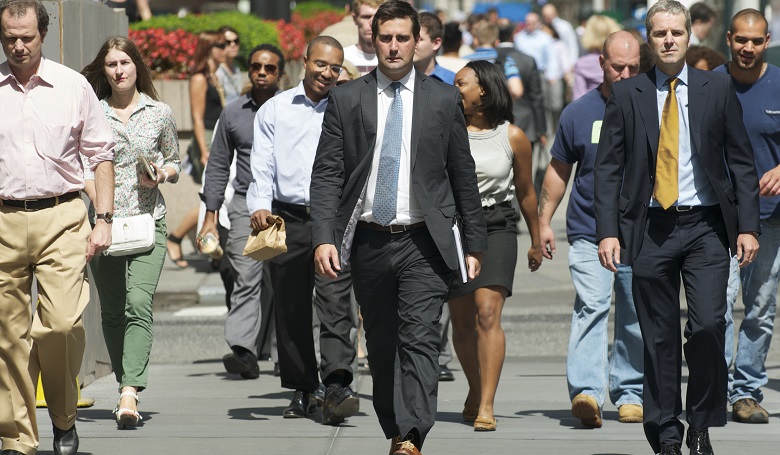 The total civilian labor force is slightly over 162 million people, according to the July 2018 Employment Bulletin from the Bureau of Labor Statistics (BLS). 156.0 million of the labor force is currently employed, while 6.3 million are unemployed. 129.0 million of those employed are full-time workers. Hopefully, you are one of them.

Do you think you are an average Joe or Jane when it comes to your participation in this labor force? To find out, test how you rank against worker data available from Gallup and the BLS:

Earnings – The most recent median weekly earnings for full-time employees (second quarter of 2018) was $933, or $48,528 over the full 52-week year. Medians are used for this data, meaning that half of the workers earn above this mark and half earn below this mark. Extremely high earners would skew the data upward if averages were used.

The gender gap is still significant, with men earning $962 per week and women earning $779 per week, or 81 cents on the dollar.

Education matters for earnings. For full-time workers over age 25, the median wage with respect to education was: $554 for those who did not finish high school, $726 for high school graduates without college, and $1,310 for those who completed at least a bachelor’s degree in college.

Working Hours – The most recent BLS household data shows that average workweek for all employees on private nonfarm payrolls was 34.5 hours per week. However, for Americans working in the manufacturing industry, the workweek consisted of 40.9 hours, and 3.5 hours overtime.

Tenure of Employment – For the last year that data was available (2016), the median tenure (continuous employment with the same company) of all workers was 4.2 years, down from 4.6 years in 2014. Not surprisingly, tenure also increases with age – median values for workers aged 55 to 64 were 10.1 years, while those aged 25 to 34 had a median tenure of just 2.8 years.

Retirement Age – According to Gallup, the average expected retirement age is 66 for those who are still working, but the average actual retirement age among current retirees is 61. Both numbers have been slowly rising, but there is a consistent 4-to-7-year gap between these ages. Let the free Retirement Planner by MoneyTips help you calculate when you can retire without jeopardizing your lifestyle.

Average Number of Jobs – There is not much comprehensive data available, but BLS reported on the number of jobs that baby boomers born from 1957-1964 held between ages 18-50. The number is surprisingly high – 12.1 jobs for men and 11.6 jobs for women on average. Does this correlate to the fact that for a decade or so — starting in the late 1960s — this was the generation that “tuned in, turned on and dropped out?” Or is that simply an urban legend? Whatever the reason, this generation has certainly been one of the most peripatetic in history.

Did you turn out to be average? Other interesting tidbits are available on the Gallup website or BLS websites, if you want to see how you stack up in other areas.

PrevPreviousYou Need a Raise. How Do You Start the Conversation?
NextOur Favorite Tools to Stay on Top of Your Financial LifeNext