4 Social Security myths and the reasons why they’re overblown 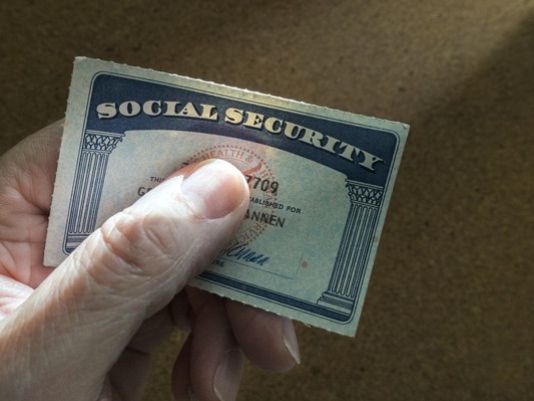 Once again, there’s dire news about Social Security. Its trustees claim in their 2018 report that they must tap the program’s sacred “Trust Funds” to cover this year’s benefits. And they warn that the funds will be depleted by 2034, forcing steep benefit cuts, unless Congress fixes things. Scary.

And wrong. Most Social Security fears rest on myths. Here are four of the biggest – and the reasons why they’re overblown.

Myth No. 1: If the funds run out, today’s workers will never get what they put in.

Reality: The Social Security “trusts” aren’t in the “lockbox” of “Saturday Night Live” fame. It is a pay-as-you-go program. Your contributions pay current retirees. And when you retire, workers pay your benefits. The funds are merely random accumulated surpluses from years when revenues happened to exceed benefits. This was never about retirees recouping contributions.

Myth No. 2: Tapping the trust funds starts a spiral toward doom.

Reality: Actually, we’ve tapped them before. In 1982, Social Security “borrowed” from the Disability Insurance Trust and Medicare Trust to pay all retirement benefits. The trustees projected that wouldn’t work past mid-1983.

But 1982 was also the last time they tapped the trust fund, thanks to 1983’s Social Security reforms. The trust didn’t expire – it accumulated a fat surplus over the next quarter century. Retirees got paid in full, on time. Tapping the fund prompted politicians to act and put in simple fixes.

Patching Social Security then merely required minor adjustments, partly to retirement age. Back then, combined Social Security taxes (payroll tax plus employee contributions) were 10.8 percent of eligible income. Politicians simply accelerated a previously planned increase to 12.4 percent, today’s level. Meanwhile, the retirement age didn’t change for anyone born before 1938 – folks over age 45 then. Changes for others were modest, from 65 to 66 for folks born up to 1955, and – eventually – 67 for those born in or after 1960. Those changes, along with making some Social Security benefits taxable plus several minor tweaks, covered everything for decades.

Congress could do something similar now. Minor tax increases staggered over the decades would do it. The Center on Budget and Policy Priorities estimates that raising the combined tax rate to 14.8 percent over the next 25 years would close two-thirds of the projected funding gap, costing workers an average additional $11.50 per week. Congress might also raise the cap on earnings eligible for Social Security taxes, currently $128,400. Congress initially made 90 percent of total income eligible for Social Security taxes, but indexed it to average wage growth. Because incomes for folks above the cap outpaced this, more than one-third of workers’ income is now exempt. Raising the cap – and the benefits cap in return – could ease much of the shortfall. So could hiking millennials’ retirement age — since they will surely live longer than earlier generations – and adding incentives to delay benefits beyond age 70.

Myth No. 4: Social Security’s problems are part of a larger “demographic crisis.”

Reality: This is only a “problem” because we’re living longer, healthier lives. In 1940, five years after Social Security’s birth, the average 65-year-old man and woman had 12.7 and 14.7 years left, respectively. Those last years were difficult after lifetimes spent working at physically demanding jobs. Today? Average life expectancy at 65 is another 18 years for men and 20.6 for women. It’ll get even longer, as discussed in my Jan. 21 column. And that is great for Social Security’s future. Full benefits kick in at 70. Having longer, healthy lives makes it easier to keep working in our services-driven economy until age 70 and beyond, boosting Social Security revenues for decades consistent with longer lives.

PrevPreviousWhen Is It ‘Worth It’ to Work With a Financial Advisor?
NextIs Square Inc. a Buy?Next