Carousell, the Singapore-based mobile listing service that operates across Southeast Asia, has pulled in an $85 million Series C fund as it seeks to strengthen its business among the region’s competitive e-commerce landscape before expanding globally.

The round was co-led by existing investor Rakuten Ventures and EDBI, the corporate investment arm of Singapore’s Economic Development Board. Other participants included returning investors 500 Startups, Golden Gate Ventures and Sequoia India as well as new investor DBS, Southeast Asia’s largest bank with over $330 billion in assets.

TechCrunch previously reported that Carousell had agreed on the round last October, when it was $70-$80 million. We understand that it remained opened for strategic investors, before finally closing earlier this year. When asked in October if it had invested in Carousell, DBS said it hadn’t so it potentially came on board recently; Tech In Asia previously reported that EDBI became a Carousell investor in 2017.

This new round means that six-year-old Carousell has now raised over $110 million, according to Crunchbase. It closed a $35 million Series B in October 2016.

“It’s been six years since I made my partners very angry when I decided to do a startup, so it’s great to again get the validation of our investors,” co-founder and CEO Siu Rui Quek joked in an interview with TechCrunch. “Six years ago it was mobile, now we’re going into an AI-first world [with other challenges such as] how do we make payments a lot more frictionless.”

Carousell’s core business is a consumer-to-consumer sales which, like a listings site, lets people sell unwanted items to each other. To date, the platform has helped sell over 50 million items and today it has 144 million listings. In recent years, it has fanned out to offer more verticals that include cars, property, jobs, services and finance.

The primary C2C portion of the business remains free, but the company has begun to monetize over the past several quarters, Quek explained.

Its revenue streams include advertising and partnerships — such as financial services and travel insurance — promoted listing and ‘spotlight’ ads for sellers, cost per click ads, and certain premium verticals, including automotive, real estate and more.

While its offering is different since it centers around person-to-person sales, Carousell more generally competes with e-commerce unicorns Alibaba-owned Lazada, Sea’s Shopee, and Alibaba’s Aliexpress, as well as Tokopedia (yup, also funded by Alibaba) in Indonesia.

Quek said, however, played up the role of these straight-up e-commerce firms.

“They serve an important part of the system, they’re very complementary,” he explained. “For example, when Lazada runs a big sale, we’re quite happy because people will have unwanted items or things to sell later.”

“Lots of e-commerce guys have come [to Southeast Asia] but we continue to grow,” he added.

Figuring out just how large Carousell is in Southeast Asia isn’t all that easy. The company doesn’t talk about GMV. Quek said the number isn’t relevant — it doesn’t take payment for consumer-to-consumer sales, and advertising/services are major income streams — although sources last year suggested Carousell’s GMV could be around $5 billion.

Considering Carousell business is different to the others, that number is impressive. Shopee claimed $1.6 billion GMV during its most recent quarter — which would be $6.4 billion annually — while Lazada no longer reveals its figures but claims to be larger.

Back to topics that Carousell does talk about, and global expansion remains something of interest to the team — which hails from Singapore’s NUS; making them arguably Singapore’s first home-grown startup.

“We do have global ambitions as a company, but the focus is really still cementing our leadership in Southeast Asia. It’s such an exciting region, it’s still nascent and there’s still a lotto work for us to do in the grand scheme of things,” said Quek.

That discussion about moving outside of the region is likely to happen in “the next year or so,” he added. 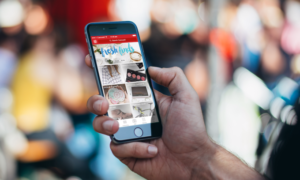 For now though, Carousell is focused on growing its position in Southeast Asia, and in particular expanding its premium offerings — automotive, real estate and partnerships — beyond Singapore and into markets like Indonesia, the world’s fourth most populous country, and Thailand. The startup is also keen to grow its engineering chops, especially around AI which helps it match buyers and sellers.

“Hiring is extremely difficult,” Quek explained. “The single biggest focus for me and my team is going back into the weeds to find great talent. We already have over 100 product engineers covering 19 nationalities, we’ve got to bring people in from across the world.”

Beyond an HQ in Singapore, Carousell has been pragmatic in opening up offices where it can find talent. There’s a team of 20 in Taiwan and a small office of 10 engineers in Vietnam, too, while it has made three acquihires to bring in talent and expand its business. Those have been case-by-case, Quek said, so we shouldn’t expect the company to necessary go out and make more acquisitions following this new round of investment.

“Acquisitions are not a specific stream we’re deliberate about at this point – -but we’re definitely keen to see if opportunistic acquisitions might come about,” he said.

Finally, with Carousell now one of Singapore’s best-funded local startups — with influential bank DBS on its side, too — there’s likely to be talk about potential exits. Sea, formerly Garena, held a rare Southeast Asia IPO in the US last year, and Hong Kong is heating up as a tech listing destination with the likes of Xiaomi and Singapore’s Razer filing there.

For now, though, Quek said that isn’t a thought he or his team are giving time to.

“There are no plans for an IPO, we’re still super excited about the long-term opportunities and building on the mission,” he said. “We always say we are less than one percent done.”