A decade after the financial crisis, big banks have seen their businesses recover and become stronger than ever. Bank of America (NYSE: BAC) and JPMorgan Chase (NYSE: JPM) have the most assets of any two U.S. banks, and their stocks have done quite well recently.

At this point, interest rates are starting to become more favorable for banking institutions, and both B of A and JPMorgan have consumer-facing operations that can take advantage of those trends. Yet after already having seen their shares climb, smart investors want to know which big bank is the smarter play right now. Below, we’ll look more closely at Bank of America and JPMorgan by using some key metrics that should reveal how the two are doing and which has more promising prospects for shareholders.

Both Bank of America and JPMorgan have delivered solid performance over the past 12 months. Their returns are nearly identical, with JPMorgan just eking out the win, rising 25% compared to B of A’s 24% gain since May 2017. 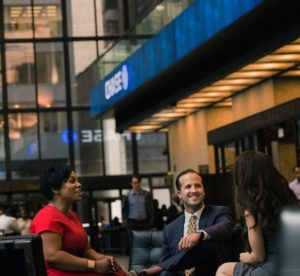 In terms of simple earnings-based valuations, the two stocks are quite close to each other. If you start with backward-looking profits, JPMorgan looks a little cheaper, trading at 17 times trailing earnings compared to a multiple of 19 for B of A. However, the two banks switch places when you look at projected forward earnings, as Bank of America trades with a forward multiple of just 10, compared to JPMorgan’s corresponding figure of 11.

However, investors often judge asset quality by offering a bigger premium to book value, and there, B of A looks cheaper. The Charlotte-based bank trades at just 1.2 times book value, compared to more than 1.6 for JPMorgan. That’s enough to give Bank of America a slightly cheaper look, but it’s one that JPMorgan shareholders would argue shows greater market confidence in their stock rather than B of A’s.

Bank investors have had to be patient to see dividends come back at many financial institutions. Bank of America and JPMorgan have both strived to restore former payouts. JPMorgan’s 2% yield outpaces the 1.6% yield that Bank of America currently pays.

JPMorgan had a real edge in getting its dividend back to where it had been before the financial crisis. With its first post-crisis dividend boost coming in 2011, the New York-based bank was able to surpass its old record payout by 2014. Since 2010, the company has raised its dividend eight times and now pays more than 11 times what it did at the bottom of the market. By contrast, Bank of America didn’t make its first dividend increase until 2014, and although the current $0.12 per share payout is 12 times what it paid throughout most of the early 2010s, it still pales in comparison to its pre-crisis quarterly distributions. JPMorgan has a clear edge on the dividend front.

2018 is shaping up to be a good year for banks, and both B of A and JPMorgan are aiming to take advantage. Bank of America’s first-quarter results showed impressive growth in most key areas, including outstanding loans, total deposit balances, brokerage assets at its Merrill Edge consumer brokerage unit, and total assets under management at B of A’s wealth management operations. More efficient operations have helped boost returns on equity and assets, and the company has embraced the digital revolution by making a wider range of services available by mobile device. Although the company didn’t take full advantage of market volatility during the first quarter by boosting trading revenue, Bank of America still expects interest spreads to rise further, adding to overall profitability over time.

For JPMorgan, the first quarter had a lot of good news. Growth in core loans and deposits outpaced Bank of America’s gains, and JPMorgan also saw nice rises in client investment assets, commercial loans, credit card transactions, and wealth management. JPMorgan also got a nice boost from its equity trading unit, which saw record-high revenue. As with B of A, fixed-income trading at JPMorgan Chase was sluggish, but attention to cost discipline and a nice tailwind from lower tax rates under the new tax laws helped to push the bank forward. JPMorgan sees strong economic conditions globally, and it believes that those favorable factors will continue to help the bank grow throughout 2018 and beyond.

Staying on the fast track

Bank of America has done a lot to bounce back more aggressively over the past year, but JPMorgan Chase was quicker to start growing again after the crisis, and it’s maintained that head-start. Even with higher valuations, JPMorgan looks like the better buy for those who want to maximize their chances for future growth.