How to own a sailing yacht on a budget 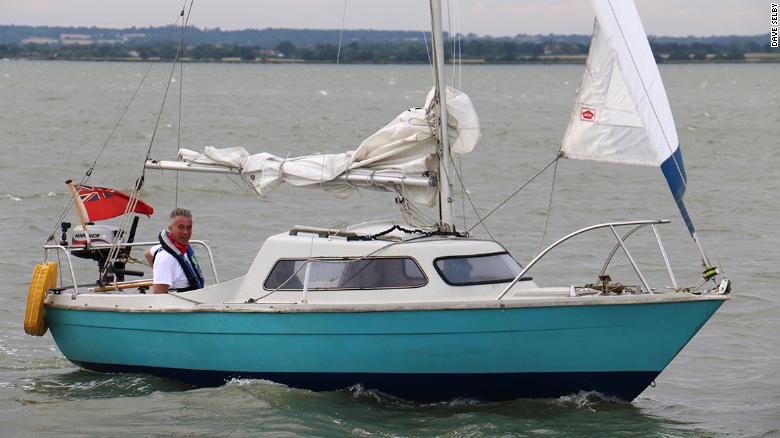 For those who think owning a sailing yacht is just for the rich and famous, think again.

Buying a boat has never been cheaper, while the annual cost of ownership is roughly the same as a gym membership, according to sailing writer and author Dave Selby.

Second-hand sailing dinghies — smaller boats without cabins — can be snapped up for a few hundred pounds. Some can be carried on the roof of a car.

“A lot of people who don’t sail think that sailing is elitist, expensive and exclusive,” said Selby, a 58-year-old Briton who writes a monthly column for Practical Boat Owner magazine.

“But what I want to show is that it really isn’t, and that cost is no barrier to getting afloat.

“If you know what you are doing, and you have the same knowledge required as buying a used car, you can buy a great little boat for next to nothing.”

In 2016, Selby sailed his boat 340 miles from the east coast of England to the Southampton Boat Show on the south coast.

Although his voyage was mainly aimed at showing people how inexpensive and fun sailing can be, Selby also raised more than £5,000 for www.gaincharity.org.uk, which funds research into a rare autoimmune condition called Guillain-Barré Syndrome which he has had since 2012.

Selby has to go to hospital for three days every five weeks to get treatment for his nerve illness but it hasn’t stopped him enjoying his sport.
“If Dave Selby can do it, then anyone can,” he said.

The bigger the boat, the more costs that are involved, such as insurance, maintenance and mooring fees (if needed), but Selby says the benefits are worth it.

“Of course, a boat has costs, but if you use it a lot what you’ll find is that the costs are minimal in return for the enjoyment that you will get,” Selby said.

“My boat gives me holidays of a lifetime, for a lifetime. That’s less than the price of one single family holiday.”
And unlike an old car, fiberglass yachts have very few maintenance costs and can last for decades.
“Unlike cars, that rust and die, fiberglass doesn’t rust and it doesn’t rot like wood so there is an ever growing stock of them,” said Selby.

Glassfiber boats that were first built in the 1960s and 1970s “were very often over-engineered,” according to Selby.
“They were really built tough, and built to last because they didn’t know the tolerances they could build down to,” he said.

“We have an aging population and we live in an age of relative austerity after the global financial crash of 2008. A lot of older people are giving up on the water, which is very sad for them, but it opens up a world of opportunity for those who want to get on the water,” said Selby, who also worked as an automotive journalist specializing in classic cars.

Selby, who last year wrote a book called “The Impractical Boat Owner,” has a few tips for budding yacht owners:
There is also an economic argument behind getting people into sailing. Selby knows of someone who bought his first boat for £800 almost 20 years ago, but has since traded up seven times and now spends £250,000.

‘One of the great freedoms’

More than anything else, Selby wants to emphasize how much enjoyment sailing has given him.
“Sailing is one of the great freedoms there is, you don’t need a license,” said Selby. “The marvel of sailing is that is shows us how little we need, and how lucky we are.

“I sail on my little boat, and I point it at the horizon and I think ‘If I’ve got enough food, then I could just keep going.’ You realize that you don’t need input such as news, music or things to read. It completely fills you up when you go away sailing. And then you come back and you find that the world is still there and nothing much has happened.”