8 things you shouldn’t skimp on 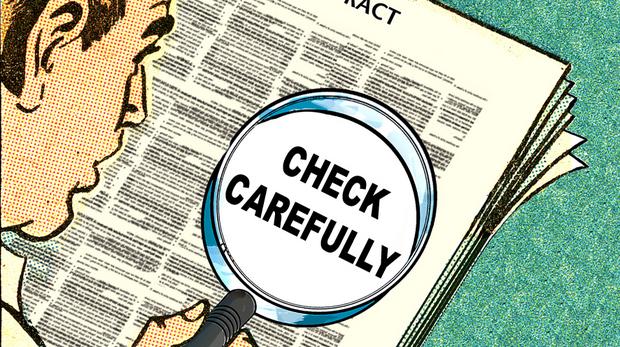 With apologies to Isaac Newton, but what goes up hardly ever comes down, except perhaps the fuel price and cryptocurrencies, which have seen more peaks and valleys recently than the points that Jared Leto films score on Rotten Tomatoes.

But energy prices are likely to rise soon, value-added tax increased on April 1 – the day on which the “sugar tax” came into effect – and, whether or not you’re living in a water-scarce area, you’re going to pay more for the precious resource. And although the economy is said to be improving, consumers are probably going to remain cautious about their spending. But there are some things you shouldn’t cut corners on, which include:

Last year’s Global NCAP and AA South Africa launch of the #SaferCarsforAfrica campaign, which assessed popular compact and small cars, highlighted the importance of safety features in vehicles. Of the five cars tested – the latest models Toyota Etios, Renault Sandero, VW Polo, Datsun Go Plus and Chery QQ3 – two were outed as death traps: the Chery QQ3 and the Datsun Go Plus. The Chery achieved no stars and had no airbags. Costing about $200 (about R2 400) each, car airbags should be standard, not nice-to-haves.

2. Get the right cover

Read your insurance policy documents. Ayanda Mazwi, the senior assistant at the Ombudsman for short-term insurance, says you should not overlook the details when buying cover. “In this economic climate, there is an inclination to seek the cheapest premium and you will get what you pay for. A cheaper premium may come with multiple excesses, limited cover and under-insurance, leaving you with a huge bill in the event of a loss. Shop around for the right cover that comes at the best price.”

The flu jab has become imperative. The Centers for Disease Control said in December 2016 that seasonal flu-associated deaths in the US ranged from 12 000 (from 2011 to 2012) to a high of 56 000 (during 2012/13), while Bloomberg said one in 10 deaths in the US were caused by the virus and the New York Times called the current flu season “the worst in a decade”.

People at high risk of flu complications, such as the young, the elderly, asthmatics, diabetics and those with compromised immunity, are advised to get vaccinated.

Take charge of your finances by knowing your credit rating. Avitha Nofal, a senior legal adviser at the Credit Ombud, says consumers must be proactive and alert to any fraudulent activity.

“We recommend that consumers take advantage of obtaining their free credit report from the credit bureaus… Go through the report to establish whether there is any incorrect information, such as possible fraudulent accounts,” Nofal says. If you have a dispute, lodge it with the credit bureau.

Hans Kittel, an electrician and owner of Umduzu Maintenance and Services in Gauteng, says one of the biggest mistakes people make is to opt for the cheapest quote for electrical work.

He says you should never allow your handyman, husband, plumber or gate-installer to work on any electrical installation. “All electrical work has to be done by a registered person or under the supervision of such a person. It’s the law and it could save your life. Rather save money elsewhere.”

6. Invest in your future

Nicky White, a senior financial planner at Sanlam’s LightHouse BlueStar, bases her advice on Warren Buffet’s exhortation to save for your future needs before spending on your present wants.

“In order to do this effectively, get your finances in order. Stick to a budget. Take ownership of your financial life and upskill yourself. Establish a relationship with a financial planner, who can mentor and assist you to put plans in place for your financial future. Identify short-, medium- and long-term financial goals. Have an emergency fund of three months’ income. Draw up a will and file a hard copy where your family can readily find it, with the details of your financial plan,” White says.

The Consumer Goods and Services Ombudsman says reading the terms and conditions on any policy is a must, particularly when it comes to personal loans offered on internet platforms, because people are being duped into signing up for “loans” that they never receive.

“Never take short cuts if you’re in need of a personal loan. Read the terms and conditions carefully when you do a loan application.

“Our office has received an influx of complaints from consumers who thought they were applying for a loan, but, only after submitting the application, do they learn it was not for a personal loan but for different policies. The suppliers are debiting their bank accounts monthly, or, in some cases, they are receiving debt collectors’ letters. Rather approach your bank for a loan.”

Shannon Walbran, a spiritual mentor based in Johannesburg, says she never skimps on travel. “Every chance we get, we go away, inside South Africa or overseas. I’m constantly looking for the best value in trips. We don’t splash out unnecessarily, but we get the best deal for our money.”

She has taken the Shosholoza Meyl to Durban, stayed in a wigwam found on AirBnb in Los Angeles and splurged on Atlantis at the Palm in Dubai. “We have a beautiful country and an amazing world, and I intend to see as much of it as I can in this lifetime,” she says.

PrevPreviousCollege students create a practical guide for being “not rich” on campus
NextP.E.I. retail sales top $200M for 5 straight monthsNext