Verizon Earnings: What to Watch

Verizon Communications (NYSE: VZ) will report its first-quarter earnings before the bell on Tuesday. Following mixed results in the fourth quarter, when Verizon beat on the top line but fell short on the bottom line, analysts are expecting $1.11 in EPS on revenue of $31.22 billion, on average.

But for investors that really want to understand the health of the company, they need to dig deeper than just the headline numbers. Here are a few things for investors to watch when management reports Verizon’s first-quarter results. 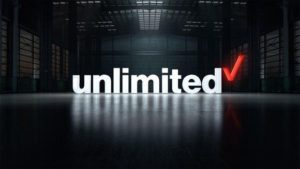 Verizon’s wireless service provides the bulk of Verizon’s revenue, and it deserves close attention from investors.

After years of service revenue declines as a result of intense competitive pressure, the company started to show some life. It produced sequential increases in service revenue in the third and fourth quarters.

That trend could reverse itself in the first quarter due to seasonality, but investors should pay close attention to how the results compare to last year. For reference, Verizon’s wireless service revenue fell 3.5% from the fourth quarter of 2016 to the first quarter of 2017. Verizon should be able to significantly improve on that number this year.

Underlying that number is Verizon’s improved postpaid phone net additions, which will be another metric for investors to keep an eye on. The company lost nearly 400,000 phone subscribers in the first quarter last year before launching its unlimited plan mid-quarter. Verizon has seen positive net additions each quarter since launching its unlimited plan, and investors should look for that to continue, boosting service revenue.

Verizon’s management has said it doesn’t expect year-over-year improvements in service revenue until the second half of this year, but paying close attention to its numbers can help investors determine whether Verizon is on track to meet that goal.

It’s one thing to improve the top line, but investors should also look to see how Verizon’s efforts to improve its revenue are impacting its margins. After all, it can be a lot more costly to offer unlimited wireless data to customers than to put hard caps on customer data usage. What’s more, with competition remaining intense, it’s important to watch for how promotional costs eat into potential profits.

The good news for investors is competition was much lighter over the last six months or so than it was around the same time a year ago. iPhone promotions were much more subdued, and promotions for the Galaxy S9 weren’t nearly as aggressive as in years past.

That said, Verizon tweaked its pricing in August to offer a less expensive unlimited data plan, matching pricing from T-Mobile. It’s also gone after particular segments of the population with promotional pricing, such as a discounts for unlimited data customers 55 and older living in Florida. T-Mobile has special pricing for customers 55-plus and military members, arguing they exhibit better lifetime value compared to other demographics and thus the discount works in the carrier’s favor in the long term.

Still, Verizon has eschewed margin-destroying deals like bundling video streaming services with its plans, and its margins remain the best in the industry. Still, investors should pay close attention to how the competition is impacting margins.

Oath, 5G, and everything else

To a lesser extent, investors should watch for progress on Verizon’s growth opportunities. That includes Oath — which houses its AOL and Yahoo! acquisitions — as well as its forthcoming 5G rollout.

Oath brought in $2.2 billion in advertising revenue during the fourth quarter, but investors should expect that number to decline due to seasonality in the first quarter. The company is still working to realize synergies between its various digital media brands, which could enable higher profit margins from the new segment.

Verizon’s 5G efforts continue to progress with plans to roll out fixed-wireless service in five metropolitan areas this year. Investors should look for management to comment on its progress with the rollout in Sacramento, which it said would launch in the second half of this year.

Investors should also look for commentary on how the 5G plans will impact capital expenses and whether Verizon intends to participate in the upcoming spectrum auctions for the 28 GHz and 24 GHz bands.

It’s also worth keeping an eye on Verizon’s wireline business, which still makes up a big chunk of revenue. The segment has mostly treaded water while selling off assets over the past few years. It’s now facing increased pressure from significantly larger multichannel video programming distributors also offering phone and internet service. Verizon saw a significant drop in the segment’s EBITDA margin in the fourth quarter, so that’ll be another thing to pay attention to.

Most of the focus will be placed on Verizon’s wireless business when it reports its first-quarter results. Savvy investors will look deeper than the headline EPS and revenue numbers to see what’s driving Verizon’s results.