2 Stocks That Are Defensive and Value Plays 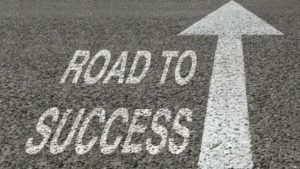 Now is the time to hone your valuation skills, given that the market pullback has created attractive prices for many TSX companies.

Like other telecom companies, Shaw Communications Inc.’s (TSX:SJR.B)(NYSE:SJR) share price is decidedly down compared to the start of the year. The market viewed this broadcast and cable company’s most recent quarterly report as rather positive, as the stock price rose nearly 10% last week. Shaw news was covered by Kay Ng, a fellow Fool writer, last week, but there’s more to consider.

Aside from the year-over-year revenue growth that exceeded $1 billion, Shaw was also a big winner when Ottawa awarded 43% of auctioned wireless spectrum to Shaw at the latest spectrum auction in March.

No, this is not science fiction; the federal government sells the airwaves to telecoms. This is behind-the-scenes business that keeps telecoms thriving and adapting to network data usage gobbled up by customers.

Adding bandwidth could translate to better service to its growing customer base. There’s also the option to sit on the frequencies, then do something a little sneaky: sell it! That’s right; Shaw has historically opted to sell bandwidth to its competitors! In 2015, Shaw sold a piece of its spectrum portfolio and generated several hundred million dollars from it.

From a valuation point of view, Shaw commands lower valuations compared to competitors. This is a sign that Shaw holds more risk compared to the big two. There is no denying the enterprise value/EBITDA, currently below eight and roughly in line with historic levels, is a sign of good value.

If Shaw’s share price gives back a little after last week’s big move, say $25.30, then this could be a great starting position for telecom exposure.

Another stock that is looking like a value play is Saputo Inc. (TSX:SAP). This global leader in the dairy business is down 8% year over year. The share price is holding steady between $40 and $41 per share — a level that’s been tested since February.

The longer Saputo trades sideways, the more I am bullish. Here’s why: Saputo is a growth stock. The expanded business outside North America has taken some time to develop, but the foreign new business is starting to gel.

Unlike Shaw, Saputo tends to covet a higher valuation. This is the market’s way of saying Saputo is a quality business. Saputo’s enterprise value/EBITDA is roughly twice that of Shaw — it’s more expensive to own. However, the price-to-earnings ratio, another important valuation metric, is currently 18, when the five-year average is considerably higher at 23.

Saputo is basically as cheap as it is likely to get (unforeseen events notwithstanding). In management news, after 20 years service, the U.S. division CEO Paul Corney will be retiring. Meanwhile, Carl Colizza will take on the added responsibility of running the Canadian and Argentina business divisions.

PrevPreviousThe Bears Are Right: Amazon Is Killing This Retailer
NextNo Retirement Savings and Nearly Out of Time? Here’s How to CompensateNext