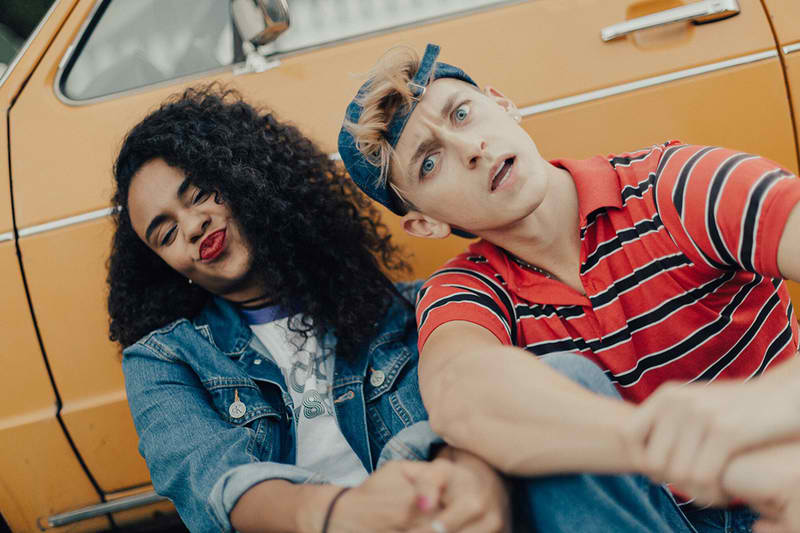 For those hesitant about traveling or studying abroad, YouTube sensations Damon Dominique and Jo Franco of “DamonAndJo” have a piece of advice: Just “shut up and go.”

Dominique and Franco will make a stop at Syracuse University on Wednesday to give a presentation on learning languages and traveling on a budget titled, “An Evening with Damon and Jo.” The event starts at 7:30 p.m. in Gifford Auditorium.

Dominique, originally from Indiana, and Franco, from Brazil, met while studying at Pace University in New York City. The two got their start on YouTube by sharing their love for linguistics and documenting their cheap adventures to cities throughout the United States and in Europe while studying abroad in Paris.

The pair has more than 900,000 subscribers on YouTube and has traveled to more than 30 countries. They have their own travel site called Shut Up and Go, where they share blog posts and booking information for adventure seekers. Dominique and Franco also have multiple brand sponsorships with companies, including Target, AT&T, MTV and Starbucks.

David Forteguerre, a graduate student and French and Francophone studies teaching assistant at SU, has a personal connection to the travel pros. When Forteguerre, a native of northeastern France, took his second trip to the U.S. in 2013 with his high school, he was looking for ways to practice English. He decided to talk to the people working the front desk at the hostel his school was staying at in New York City. The people working the late-night shift happened to be Dominique and Franco.

The three quickly became friends, and Dominique and Franco asked Forteguerre to help them with their French-speaking videos at the start of their YouTube career.

“They weren’t doing it as a business yet,” Forteguerre said. “They liked to travel and wanted to make videos showing that. They were young, but they’ve evolved a lot.”

“I think they’re so helpful because since they’re young, people can relate to them, especially us,” González said. “I think it’s important to follow their advice, learn more about the world and adapt to new cultures.”

Valentin Duquet, another graduate French and Francophone studies teaching assistant at SU, has been using Dominique and Franco’s videos as a teaching tool in his classroom extensively.

“I didn’t even know (Forteguerre) was friends with them,” Duquet said. “I started using them as a teacher, just using their videos to explain concepts and found them really useful.”

While trying to find events for La Société Francophone, a student organization on campus that works to promote French and Francophone culture, Forteguerre and Duquet pitched the idea of bringing the YouTube stars to campus.

Forteguerre and Duquet stressed that this event is not just for French or language students. They encouraged anyone interested in business, foreign affairs or communications to attend the event.

“It can be a mentoring or advising experience for many students who are thinking about, ‘how can I start my own business, how can I travel while having some student debt, how can I manage money better, how can I do all these things at the same time the way they do,’” Duquet said.

For students thinking about studying abroad, Forteguerre said he believes this event will answer many questions or hesitations they may have about traveling. He hopes the event will push SU students to take advantage of the abroad opportunities the university offers.

Tickets for “An Evening with Damon and Jo” are free and available at the Schine Box Office.