Can Been-There Biotech Entrepreneur Arie Belldegrun Do It Yet Again?

Arie Belldegrun is one of the most successful biotech entrepreneurs out there. After selling Agensys, a monoclonal antibodies biotech, to Astellas for $537 million in 2007, he co-founded and later sold Cougar Biotechnology to Johnson & Johnson (NYSE: JNJ) for $1 billion in 2011. Then, as if that weren’t enough, he struck biotech gold when he founded Kite Pharma, a cancer gene therapy company that Gilead Sciences (NASDAQ: GILD) scooped up for a cool $11.9 billion last year.

What’s he up to now?

Chimeric antigen T-cell therapy, or CAR-T, is a ground-breaking approach to gene therapy that reengineers a patient’s T-cells so that they can spot, bind to, and kill cancer cells. 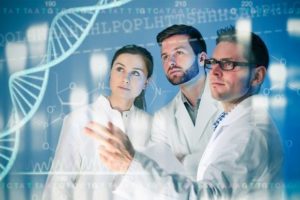 At Kite Pharma, Belldegrun and his team created Yescarta, one of the first CAR-Ts to secure Food and Drug Administration approval. It won a regulatory green light last fall after posting remarkable overall response rates in patients with diffuse large B-cell cancer.

Creating CAR-Ts like Yescarta, however, is complex. The process requires removing a patient’s T-cells and shipping them to an offsite lab where scientists use an inactivated virus to insert genetic code that allows the T-cells to attach to CD19, a protein that’s commonly expressed on B-cell cancer cells. Once the virus is deployed and the engineered T-cells multiply, they’re then shipped back so that they can be reinfused into the patient to do their work.

Undeniably, the response rates witnessed so far for Yescarta and other CAR-Ts that are engineered similarly make this class of therapies one of the most exciting advances in cancer treatment this century. However, these CAR-Ts are far from perfect. The CAR-T process can take 20 days or longer, and because of the complexity involved, Yescarta carries a staggering list price of nearly $400,000.

Specifically, they’ve exchanged 25% of their new company to secure Pfizer’s rights to an off-the-shelf CAR-T approach that eliminates the need for T-cells to be harvested and reworked offsite.

Pfizer obtained the rights to this approach when it inked a deal with Cellectis (NASDAQ: CLLS) in 2014. As part of that agreement, Pfizer paid $80 million up front to gain the rights to use Cellectis approach in over a dozen cancer targets. Pfizer also agreed to fund research and development, pay up to $185 million in milestones per Pfizer product, and pay tiered royalties on any approved therapies that stem from the license to Cellectis. Now, Allogene Therapeutics will be on the hook for those payments.

Allogene Therapeutics is also taking the baton from Pfizer on U.S. rights to Cellectis’ most advanced gene therapy, UCART19. Servier licensed the global rights to UCART19 back in 2015 and later, it spun off the U.S. rights to it to Pfizer. Servier is maintaining its ex-U.S. rights, but Pfizer’s rights will soon shift to Allogene Therapeutics. Currently, UCART19 is in phase 1 trials as a treatment for relapsed and refractory B-cell acute lymphoblastic leukemia (ALL), but phase 2 trials are planned to begin as soon as next year.

By targeting tough-to-treat cancer patients with few treatment options and a poor prognosis, gene therapies are moving quickly to commercialization. So far, not only has Yescarta won FDA approval without any phase 3 trial data in hand but so, too, has Novartis (NYSE: NVS) Kymriah, a CAR-T that won an OK last year in pediatric ALL after successful phase 2 studies.

It’s anyone’s guess if UCART19 or any of the other off-the-shelf therapies Allogene Therapeutics is now developing will be as effective as Yescarta or Kymriah and be able to reach the market as quickly. But, I’m not betting against it, especially given Belldegrun’s track record. Allogene Therapeutics is a private company for now, but it wouldn’t shock me if an IPO is in the cards. If it is, then investors will want to give it a very close look when it becomes public.

PrevPreviousSmartwatch Sales to Double in 5 Years. Here’s the One Stock to Buy
NextHow financially secure is your retirement? Your account balance won’t tell youNext