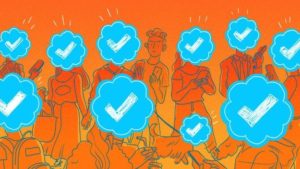 If there’s one thing unambiguously good about Twitter it’s that it’s not Facebook — a fact that CEO Jack Dorsey seems hell-bent on changing.

The latest assault on the very DNA of the social media platform is insidious in its seemingly good intentions: making verifications open to all.

The proposal, discussed by Dorsey on Thursday, is to make the verification process streamlined and automated, thus allowing the hordes of presently unverified users easy access to Twitter’s coveted blue check mark.

“The intention is to open verification to everyone,” Dorsey explained over Periscope. “And to do it in a way that’s scalable, where we’re not in the way and people can verify more facts about themselves, and we don’t have to be the judge or imply any bias on our part.”

While sounding good on its face, the fallout of this plan could be problematic. One of the defining characteristics of Twitter is that, unlike Facebook, it has no official real-name policy. Users are free to tweet under their actual names (as most reporters do, for example), or create an anonymous account that (say) criticizes the federal government.

This is a good thing. Being able to pseudonymously share thoughts and throw shade is part of what makes Twitter great. And sure, there are imposters and fakes scamming people on the service, but it’s not like Facebook’s real-name policy has prevented all abuse on the platform. Remember all those Russian trolls?

When it comes to online harassment, we sadly face the same truth. Plenty of people already post vile content on Facebook and Twitter under their real names, and verifying that those insults do in fact come from a real person with a user name reflective of their legal one isn’t likely to change that.

And anyway, it’s not like Twitter’s verifications system is immune to abuse. Some currently verified accounts are still scammers.

What’s more, and this is perhaps the real heart of the matter, offering to verify everyone runs the risk of creating a de facto real-name policy for Twitter where unverified accounts are dismissed out of hand and only those with the checkmark are taken seriously.

What does this accomplish? What would actually be a useful update to Twitter’s verification system is a clear determination of what it means. When the company removed white nationalist Jason Kessler’s checkmark it did not do so because there was any doubt that the account in question was controlled by him. Instead, it appeared to be an attempt by the service to remove any associated clout that came with the verification.

At present, the company states that “The blue verified badge on Twitter lets people know that an account of public interest is authentic.”

Maybe Dorsey should figure out what, exactly, that means before he spreads around the verification love and takes Twitter one step closer to Facebookland. The unverifieds will thank him.