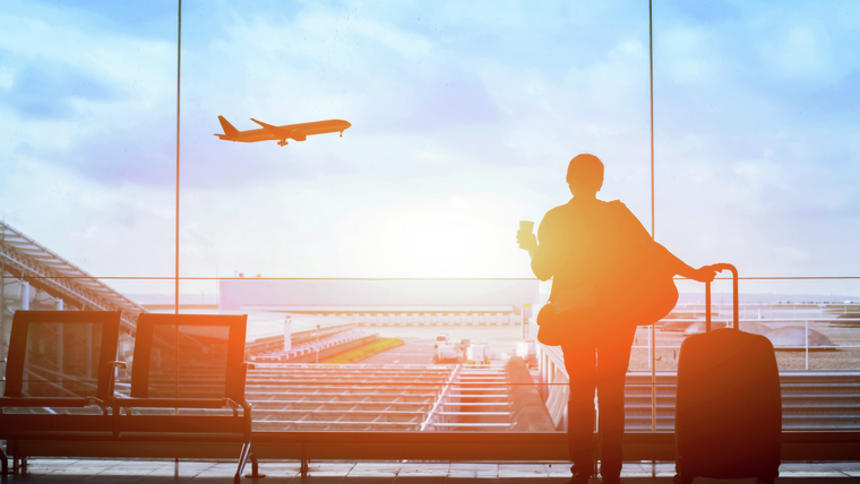 FARGO — Picture this: Your coworker Jill is loudly talking about her upcoming trip to Jamaica. You sigh and listen politely while silently wondering how she can afford a beach getaway while you are resigned to a “staycation” under your infrared lamp.

Fargo natives Nick Serati and Jared Kamrowski of ThirftyTraveler.com want others to learn that finding and booking a budget getaway is now within reach.

“We’re not rolling around with million dollar bank accounts to see the world,” says Serati, ThirftyTraveler.com’s editor-in-chief. “We just educate to help people see that they can take trips regularly.”

Kamrowski first founded the site in early 2015 as a platform to share his travel hacks.

“Jared and I first got into this is when both of our jobs required a lot of travel,” Serati explains. Kambrowski worked as a certified public accountant with the FDIC until he left in 2016.

“A lot people were seeing Jared travel, have some of these amazing trips and asking ‘How is this possible without emptying your bank account to do this?’ ” Serati says. “So he had the idea to start the blog so he could have a platform to get things out there.”

Serati worked as an consultant for an enterprise-cloud software program and joined the Thrifty Traveler team as a part-time contributor in 2016. In January of this year, he left his job to work full time for Thrifty Traveler and moved to Minneapolis.

“Both of us have just become very familiar with the hotel and airline landscape that’s out there and navigating the various loyalty programs,” Serati says. “There are alot of things we do to make our travels cheaper, whether it’s using credit card rewards or flight deals — kind of harnessing the power of all of these things together to travel at a very low cost.”

As Serati calls it, “travel hacking” is easier than it seems. Both Kamrowski and Serati share their tricks and tips through the site. Think: always start an airfare search with Google Flights.

“Many people will start at KAYAK, TripAdvisor or some of those places, but Google Flights is by far the most powerful flight search engine tool that’s out there,” Serati says. “It’s something that we use on a daily basis to find the flight deals that people see on our website.”

Serati shares that between him and Kamrowski they’ve probably opened more than 50 credit cards. Although he admits this may sound a bit crazy, he contends that if a person understands their credit score and the types of credits that cards offer, a person could take advantage of the system to receive credit card travel rewards and miles.

“There’s just a ton of good deals out there as far as sign up bonuses for credit cards right now, and that’s going to be a big part of the (Flight School) day,” he says. “There’s going to be a lot of info about how to earn these points and use points because this is a point of confusion for many people.”

Serati explains that during the Flight School workshop they will also go in-depth on understanding your credit score so that people can responsibility use credit cards.

“All of these credit card sign-up bonuses have minimum spending requirements in order to get the bonus points,” Serati explains. “Manufactured spending is coming up with ways to spend on the credit card without actually spending money.”

Serati says you can manufacture spending by purchasing necessary items with your credit card like rent, groceries or gas for your car.

Essentially, aspiring travelers are transferring money from their bank account to Visa gift card, then using the gift cards to pay off their credit card.

Serati also suggests using companies like Gift of College which allows people to use gift cards to make payments on student loans or put money towards their child’s college savings account.

“Both Jared and I have had more than 50 credit cards in the last eight or nine years,” he says. “I would say there are a few cards that are definitely better than others. We usually recommend the Chase Sapphire Preferred Card to those who can afford to open another card.”

“The points you earn with the card are some of the most flexible points around,” he says. “You can use them to transfer to different hotels, airlines or purchase a Thrifty Traveler Flight Deal. We think the Chase Sapphire Preferred Card is better than a co-branded card like the Delta American Express because you are not locked into using one airline.”

According to a 2018 WalletHub.com report, the rate at which credit card users earn rewards on purchases is trending upward despite the Federal Reserve’s interest rate increase during December 2017.

Although it may be difficult to navigate the fine print of credit card reward point systems, Serati says it’s worth it when you know a few tricks of the trade.

“Something that Jared and I often say is that we don’t want people to think they are going on ‘a once-in-a-lifetime trip’,” Serati explains. “There should be no such thing. We’re trying to make it possible for people to have as many different travel experiences as they would want to have.”