The Most Disappointing Number From Walmart’s Fourth Quarter 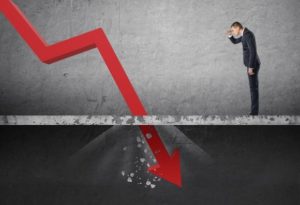 Shares of Walmart (NYSE: WMT) fell 10% on Feb. 20, after the retailer posted a mixed fourth quarter. Its revenue rose 4% annually to $136.3 billion, which beat estimates by $1.4 billion. But its adjusted EPS rose just 2% to $1.33, missing expectations by $0.04. The bottom line miss was surprising, since Walmart previously beat earnings expectations for nine straight quarters.

The company attributed the miss to restructuring and impairment expenses, which reduced its operating income by 11% annually. Excluding those one-time charges, its operating income would have fallen less than 1%. However, Walmart’s forecast for full-year earnings of $4.75 to $5.00 also missed the consensus estimate of $5.13.

Those numbers were disappointing, but the ugliest number from Walmart’s fourth quarter was its e-commerce growth.

How disappointing was Walmart’s e-commerce growth?

Walmart’s e-commerce revenues in the U.S. rose 23% annually, with a 24% increase in gross merchandise volume (GMV). Those figures might look solid, but they compare poorly to the company’s e-commerce growth in previous quarters.

Walmart stated that it had anticipated the slowdown, since it had “fully lapped” its acquisition of Jet.com, which closed in Sept. 2016 and gave the business a full-year boost.

During the conference call, CEO Doug McMillon blamed a “smaller portion” of that slowdown on “operational challenges that negatively impacted growth” — including its inability to juggle seasonal spikes in inventory at its fulfillment centers.

For the full year, Walmart’s e-commerce sales in the U.S. rose 44% to $11.5 billion, which accounted for just 2% of its top line. By comparison, Amazon.com’s (NASDAQ: AMZN) net sales in North America rose 33% to $106.1 billion in 2017. McMillon said he expects Walmart’s e-commerce growth “to increase from the fourth quarter level as we enter the New Year, with about 40% growth for the year” as the retailer learns how to handle higher shipment volumes.

Walmart’s consolidated gross margin fell 61 basis points annually during the quarter, partly due to its escalating price war with Amazon and higher investments in its e-commerce ecosystem.

Walmart has been expanding its e-commerce for years. In 2011, it acquired Kosmix, a social media firm that it rebranded as WalmartLabs. That unit developed an internal search engine called Polaris, then acquired over a dozen tech companies to improve the location, social, customer engagement, and price comparison features in its mobile app.

Walmart’s acquisition of Jet.com expanded its online presence among younger and more upscale shoppers. It then acquired a long list of smaller fashion brands — including Bonobos, ModCloth, and Shoebuy — to counter Amazon’s moves into private-label apparel.

Missing a crucial piece of the e-commerce puzzle

Those are all smart moves, but Walmart still doesn’t have a meaningful way to counter Amazon’s greatest weapon in the U.S. market: Prime. Last October, research firm CIRP estimated that 90 million U.S. consumers, or 63% of Amazon’s user base, were Prime members.

The firm also noted that Prime members spent nearly $1,300 per year on Amazon, compared to just $700 for non-members. The reason is simple: Prime’s perks — which include discounts, free delivery options, free video and audio streams, free e-books from the lending library, and free cloud storage — are too lucrative to pass up.

Amazon also locks users into that ecosystem with hardware products like Echo speakers, Kindle tablets, Dash buttons, and Dash-enabled appliances. Unless Walmart figures out a way to pry users away from that growing ecosystem, it will continue to struggle against Amazon.

Walmart’s e-commerce slowdown isn’t as nasty as it looks, due to the year-over-year distortion caused by Jet.com. But its inventory and fulfillment issues were disappointing, and the e-commerce business still accounts for a tiny slice of its total revenues.

Investors should see if Walmart’s e-commerce growth will accelerate again in the first quarter, and if it can do so while keeping its expenses under control. If it can achieve those two things, it might still stand a chance against Amazon.