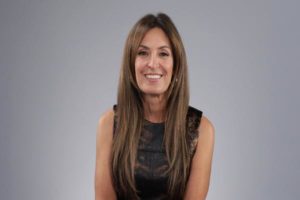 Job interviews are tough. If you’re not well-prepared, some questions can leave you frantically searching for an answer, says Barry Drexler, an expert interview coach who has conducted more than 10,000 interviews.

With over 30 years of HR experience at notable companies like Lehman Brothers and Lloyds Bank Group, Drexler says these are the seven questions that always trip people up:

1. What are your weaknesses?
On one hand, you don’t want to give a weakness that will make you lose out on the job. On the other hand, you’re still expected to deliver an answer.

Drexler says the best way to attack this question is to give a natural weakness that everyone deals with and to not dwell on it. Then immediately follow up with whatever actions you’ve taken to counter your weakness. And finally, explain the results that you’ve achieved by fixing it. He gives this example:

Weakness: When I make a mistake, I get hung up over it and will dwell on it for a few hours.

Action: I realized that this was an issue that was interfering with my work so now I give myself 15 minutes to dwell on it before moving on.

Result: Now instead of sulking for most of the day, I remain productive even when upset.

The No. 1 response to avoid, says Drexler, is using a cliche like “I’m a perfectionist.” But if you’re so inclined, give it a new spin, he says. You can say, “I feel like I need too much information before I make a decision, which slows me down. But now, I’m working on being able to make a decision with incomplete information.”

“I once asked a guy what his greatest achievement was and he said paper boy of the year when he was 13,” says Drexler. “The guy was in his 30s.”

3. Why did you leave your last job?
This question is easy to answer if you’ve had a layoff. But if you were fired or had an issue with your boss, you may struggle with this one.

“Explaining gaps of employment is tough for people,” says Drexler. “They become very defensive when they shouldn’t.”

Approach this question honestly, he says. For example, maybe you left your company to find a higher paying job and were unable to find one or perhaps you left to take care of a sick family member.

Whatever you do, refrain from feeling guilt or shame that you were out of work, says the interview coach. “That shows all over your face.”

4. Where do you see yourself in five years?
It’s difficult to predict where you’ll be in five years. However, your potential employer wants to see that you plan on staying with the company for the long haul, says Drexler. That means avoiding some obvious but common mistakes.

For example, if you’re interviewing for a startup don’t say, “I want to own my own company in five years.” Don’t choose a role in the future that’s completely different from the role that you’re being interviewed for.

If you plan on going back to school, make sure there’s some correlation between your course major and the role you’re interested in, says Drexler. No employer wants to spend money and resources training you just to have you leave.

5. Why did you choose your profession?
“Believe it or not, people get stuck on this one,” says Drexler. The issue isn’t that they don’t know why they chose their profession, it’s that they have a hard time articulating it, he says.

A good response to this one just boils down to preparation beforehand.

6. Why do you want to join our company?
“This is where it costs people,” says Drexler. Interviewees typically answer this question incorrectly. They describe the company instead of explaining why they want to join the company.

For example, an applicant interviewing for Lloyds Bank will say, “I know Lloyds Bank is a global firm.”

“That’s the answer to, ‘What do you know about our company?” says Drexler, “But it doesn’t answer this question.”

A good response is one that explains why the company resonates with you, he says. For example, “I know that Lloyds Bank is a global firm and I want to be part of a large company where there’s an upward career trajectory.”

7. What type of role are you looking for?
“Some people just amaze me,” says Drexler. “They’ll say something that isn’t even in the job description.”

Again, a quality answer for this question comes down to reading the job description and pointing out the aspects that you relate to. However, says the interview coach, maybe don’t be as honest as this applicant:

“I once had an IT guy actually say to me, ‘I want a job where they put me in a room and leave me alone.’ Believe me,” says Drexler, “I’ve heard it all.”