Millennials, this retirement hack is for you 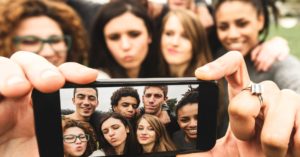 While Roths are not new, they are worth a second look following passage of the Tax Cuts and Jobs Act — especially for those in the gig economy, without an employer-sponsored 401(k) plan. These workers are likely in a lower tax bracket, and have the great advantage of time (especially the young).

Interest in Roth IRAs is gaining steam among those who want to take advantage of their current lower tax rate, said Craig Copeland, a senior research associate at the Employee Benefit Research Institute, an independent organization that provides research on employee benefits.

One of the key differences between traditional IRAs and Roth IRAs is the tax timeline. Contributions to a Roth IRA are taxed up front. Savers under the age of 50 can make after-tax contributions up to $5,500 a year, and then take tax-free withdrawals in retirement.

For millennials, that’s a big perk over a regular IRA, where there are no taxes on contributions until money is withdrawn .

“In theory, you are in a lower tax bracket now than you will be later in life,” said Katharine Perry, a certified financial planner at Fort Pitt Capital Group, a wealth management firm in Pittsburgh, Pennsylvania.

Plus, with a Roth, there are no required minimum distributions for the lifetime of the taxpayer .

Another big bonus is that account-holders can withdraw their contributions at any time without taxes or penalties.

That could come in handy for those with a future full of unknowns. While you don’t want to tap into your Roth IRA too easily, it can prevent you from having to rack up credit card debt to afford an unexpected expense, Bera said.

Although most millennials stress about their finances , a recent report from Bankrate.com showed that 18-to-36-year-olds were more than twice as likely to set a spending cap in order to save more , compared with older generations. They are also the generation most likely to say they are comfortable with their savings now compared to one year ago.

A separate report released by BlackRock indicated a big jump in millennial interest in the stock market , and exchange-traded funds in particular.

With that kind of money and mindset, a Roth may be a perfect fit, Perry said.

“The Roth IRA is a tax-sheltered account so you can participate in the market without the overlying tax consequences of your trades.”

In other words, a just-right retirement tool even Gen Y can get behind.