Bitcoin Trades Above $11,000 as Cryptocurrencies Steady After Multiday Rout

Around 18% has been wiped off spot prices this week 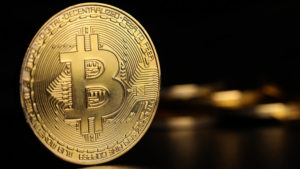 Bitcoin moved back above $11,000 on Thursday as the most popular digital currency attempted to stabilize after a week that has so far wiped around 18% off spot prices even as analysts were uncertain over how much of a comeback is in store.

Across other cryptocurrencies, ether coins on the Ethereum blockchain were up 5.8% to $1,074.33, according to CoinDesk.

Concerns that South Korea and China will clamp down hard on cryptocurrency trading has sparked a recent rout for bitcoin and other digital currencies. South Korea’s head of the Financial Services Commission told parliament on Thursday that the government may close “all local virtual currency exchanges or just the ones who have been violating the law,” according to a Reuters report.

Meanwhile, Bank of Korea Gov. Lee Ju-yeol said at a Thursday news conference that cryptocurrencies weren’t “legal” currencies, and weren’t presently being used in such a manner.

Analysts have been trying to map out the next moves for bitcoin and its rivals against a background of potentially more regulation from South Korea, China and other countries.

“Finding a fair value in cryptocurrencies is an impossible mission, as animal spirits will remain the key driver,” said Hussein Sayed, chief market strategist at FXTM, in a note to clients.

“Most people who were buying bitcoin and other cryptocurrencies most recently are not using them for transactions, but holding them in the expectation of profiting from the endless rising price. Whether the animal spirits have already released their grip remains to be seen, and this cannot be ascertained from a two-day slump,” he said.

“The bitcoin price is enormously oversold when you look at it from a technical perspective,” said Naeem Aslam, chief market analyst at Think Markets, in a note. “Fear of missing out on the opportunity among investors is kicking in, and this could be the very reason that we are experiencing a dead-cat bounce, if not a bottom for the bitcoin price.”

“In order for us to have a clear confirmation that the downtrend is no longer a threat, the price needs to break the downward trend line and move above the $13K,” he added.

PrevPreviousChanging lanes: Cambie Street Bridge work removes car lane to improve bike safety
NextWhat to do about your debt and mortgages after the interest rate hikeNext