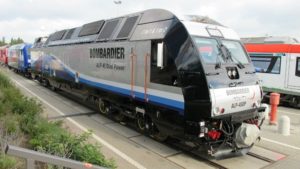 Bombardier, Inc. (TSX:BBD.B) has managed to disappoint investors yet again. While the company planned to deliver between 20 and 22 CSeries jets in 2017, the final number came in at just 17. However, Bombardier maintains that it should still be able to meet its goal of delivering 40 jets this year.

The problem is that Bombardier’s reputation has been problematic, which serves as a reminder that even though it partnered with Airbus earlier in the year to produce its jets, Bombardier can’t miraculously heal all that ails the manufacturer.

Investors initially responded positively to the news of the partnership, as it was expected to create efficiency and avoid costly tariffs south of the border. Although it may be too early to judge the strength of the new partnership, investors should not be too quick to trust the company’s projections and expectations.

The company is known for being late and unreliable

New York’s Metropolitan Transportation Authority (MTA) didn’t even consider Bombardier for a bid on its subway cars because of Bombardier’s reputation for being late on its deliveries. The contract was worth as much as US$3.2 billion, and MTA wasn’t the only customer that sought out other vendors.

Metrolinx, Ontario’s largest transit authority, followed a similar path when it refused to let Bombardier bid on a contract for the operator’s GO Transit trains. The company even tried to get out of an existing contract with Bombardier as a result of that company’s manufacturing and quality issues.

The company’s poor reputation is just one of many reasons why Bombardier is a bad buy.

Stock is back on the decline

Bombardier had a strong 2017 that saw its share price rise by as much as 40%. However, in the past month, the stock has lost more than 10% of its value.

Lack of profitability should be a big concern

Despite help from the government, Bombardier continues to be plagued with losses in each of the last four quarters, and there is no reason to expect that to change anytime soon.

The company’s revenue was up less than 3% in its most recent quarter, and although working with Airbus has helped bring in more deals for its CSeries jets, Bombardier will have to share those sales and profits (if any) under a partnership agreement.

Bombardier is a speculative investment at best

Although investors may point out that returns were very strong in 2017, Bombardier’s share price has dropped more than 26% over the past five years.

With no profits, limited sales growth and negative equity, it’s hard to find a reason to buy shares of the company’s stock unless you’re a speculator. In the short term, Bombardier could offer you some returns if you’re able to pick low entry points, but this is not a stock that holds much promise over the long term.

What should investors do?

The safest thing investors can do at this stage is to adopt a wait-and-see approach. Until Bombardier can prove that it can kick its old habits and turn its business around, it will still be a high-risk investment.

PrevPreviousMen Rescued From Lake Near Montreal After Vehicle Falls Through Ice
NextCougar Hunt in Alberta Sparks Debate Among Scientists, Hunters and ActivistsNext